The keynote information for the 4th International Conference on Nanotechnology: Fundamentals and Applications (ICNFA'13) is as follows:

Dr. Jas Pal Badyal is a Professor in the Department of Chemistry at Durham University, UK. Professor Badyal obtained his BA/MA and PhD degrees from Cambridge University; where he subsequently held the Oppenheimer Fellowship. In 1989 he moved to Durham University to take up a lectureship and was promoted to Full Professor in 1996. He is named as the primary author / inventor on 161 refereed research publications / 37 patent families, and has delivered 59 plenary / invited lectures at international conferences. He has been recipient of many honours relating to his work on Functional Surfaces, including the Harrison Prize from The Royal Society of Chemistry; the Burch Prize from The British Vacuum Council; and the IAAM Medal (International Association of Advanced Materials) for 'Outstanding and notable contribution in the field of Nanomaterials and Nanotechnology'. His research has led to 3 successful start-up companies: Surface Innovations Ltd; Dow Corning Plasma Ltd; and P2i Ltd (2011 International Business Award for 'Most Innovative Company in Europe'). 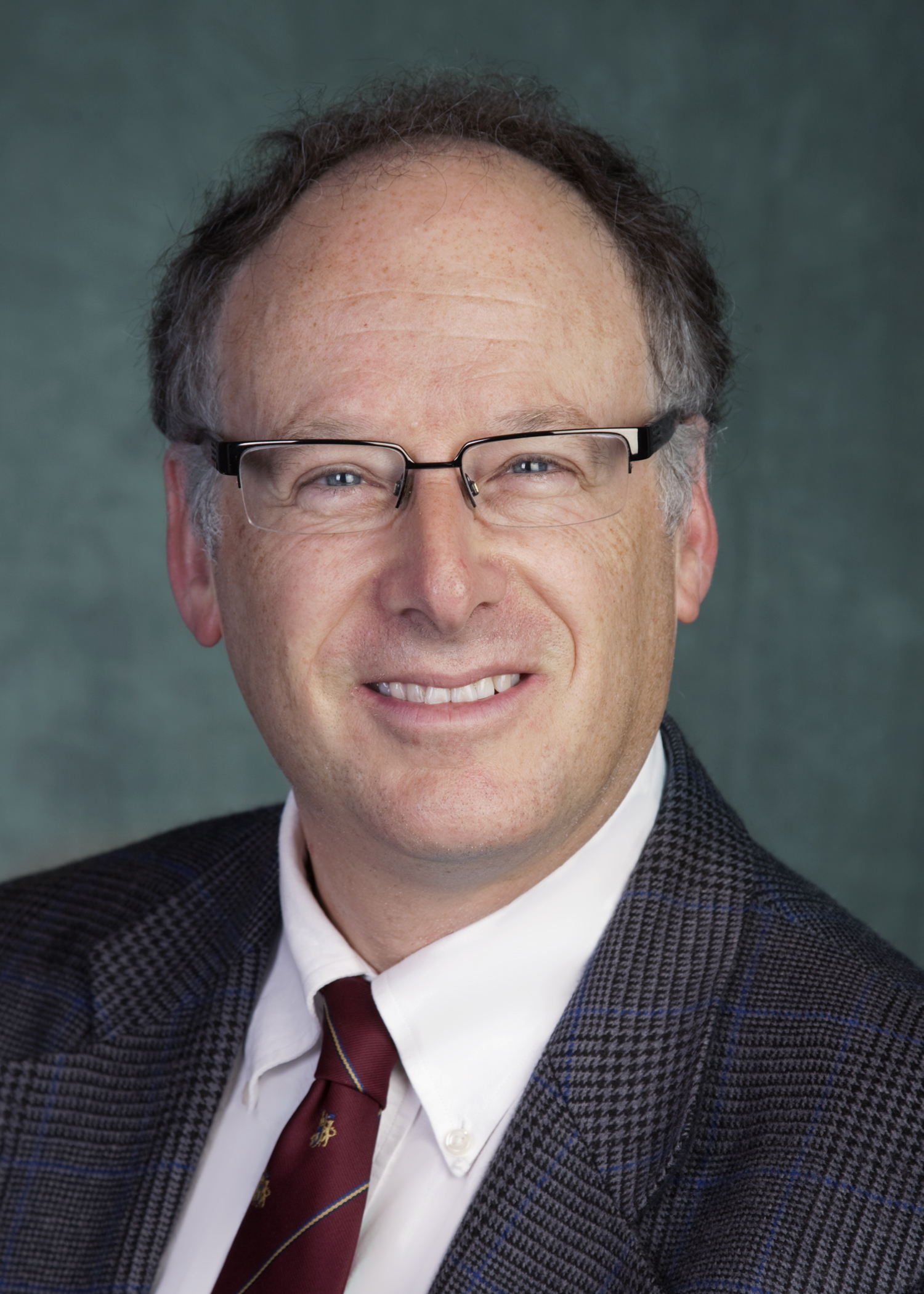 Rob Lipson received his Ph.D. in Physics in 1985 from the University of Toronto, and did post-doctoral work in the Spectroscopy group at the National Research Council of Canada. He was a faculty member in the Department of Chemistry at the University of Western Ontario until 2010 when he joined the faculty at the University of Victoria as Professor of Chemistry and Dean of Science. Dr. Lipson has published more than 110 refereed papers in the fields of laser spectroscopy, photonics materials and applications related to interference lithography, and analytical technique development for MALDI mass spectrometry. He is a Fellow of the Chemical Institute of Canada.
&nbspDr. Lipson served as Chair of the Chemistry Department at Western from 2000-05. He was a former member and Chair of the NSERC Grant Selection Committee 026 (2004-06), and a member of the NSERC E. W. R. Steacie Fellowship Committee (2008-10). He recently completed a 7-year term as Senior Editor of the Canadian Journal of Chemistry. 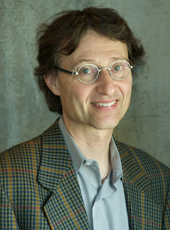 Harry Ruda is Director of the Centre for Advanced Nanotechnology, the Stanley Meek Chair in Nanotechnology, and Professor of Applied Science and Engineering at the University of Toronto. The Centre is Canada's first nanotechnology centre. From 1984 to 1989 he was a senior scientist at 3M Corporation, developing some of the first models for electronic transport and optical properties of wide bandgap II-VI semiconductors, while being a key member of the blue laser team. From 1982 to 1984 he developed one of the first theories for electron transport in selectively doped two dimensional electron gas heterostructures while working as an IBM postdoctoral fellow. From 1979 to 1982 he worked on optical and transport properties of II-VI based infrared detector materials and obtained his PhD from MIT in 1982. Professor Ruda has published over 230 publications in international refereed journals (with over 2,200 SCI citations), has co-authored 4 books and has 14 patents. Professor Ruda's research interests focus on the fabrication and modeling of quantum functional nanostructures with applications in the fields of nanoelectronics and nanophotonics. Some notable contributions include one of the first theories of carrier transport in selectively doped quantum heterostructures, theories for the non-linear optical response of asymmetric quantum heterostructures, models for the dynamics of quantum neural networks, as well as reports on the preparation of self-assembled quantum heterostructures by molecular beam epitaxy and using ion beam processing for photonic crystal device development. In addition, his contributions include the development of novel characterization techniques for semiconductor and dielectric nanostructures (photonic crystals) based on pump and probe surface photovoltage measurements.
Harry Ruda is one of the founders of a Canadian National Centre of Excellence in Photonics. He serves on the National Science and Engineering Council of Canada and on other government panels including those of the DOE, EPA and NSF in the US, and the RAE and EPSRC in the UK. He also serves on the editorial boards of: Journal of Applied Physics, Applied Physics Letters, Journal of Nanoscience and Nanotechnology, Journal of Materials Science: Materials in Electronics, and the Nanotechnology Research Letters. He is a Fellow of the Royal Society of Canada, Fellow of Institute of Physics and Fellow of the Institute of Nanotechnology.

Topic of Keynote: Prospects and Limitations for Nanowire Optoelectronics. 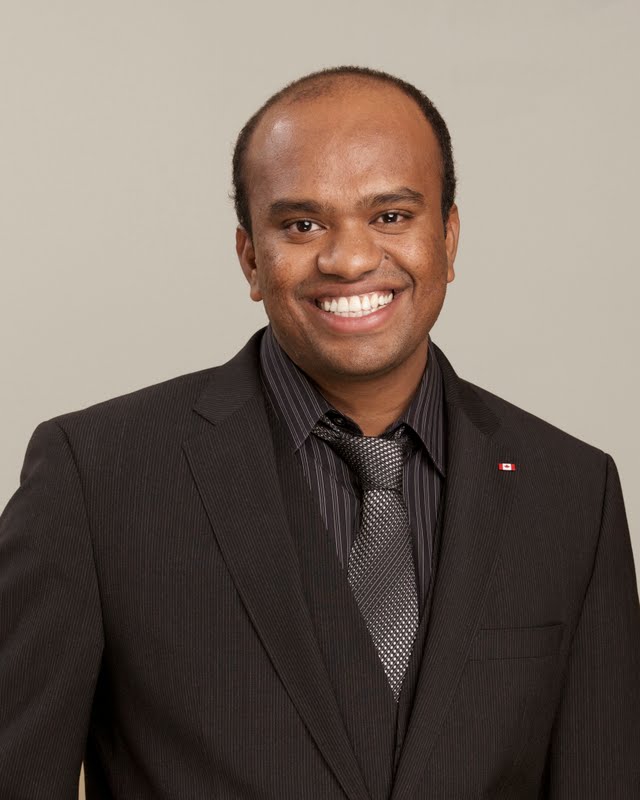 Suresh Neethirajan is an Assistant Professor in the Department of Biological Engineering at the University of Guelph, Canada. Prior to joining the University of Guelph, Dr. Neethirajan worked as a Research Engineer at the Oak Ridge National Laboratory, USA and as a Scientist at the National Food Research Institute, Japan. He received a BSc in Agricultural Engineering from Tamil Nadu Agricultural University, India (2002), and PhD from the University of Manitoba, Canada (2009). He is a Registered Professional Engineer and is currently directing the BioNano Lab of the University of Guelph.    &nbspSuresh's pioneering research on investigation of biofilms using micro-nanotechnology has led to the development of precise antibiotic susceptibility profiles for veterinary medicine applications, and novel smart surfaces for prevention of biofouling for food manufacturing industries. He has authored or co-authored over 90 technical articles in scientific journals, conference proceedings and books. Dr. Neethirajan serves on the board of Professional Engineers of Ontario, and as a member of Canada's National Nanotechnology Standards Committee, and as an expert witness for enacting Bill S-11 for Canada's Senate Committee of Agriculture and Forestry. 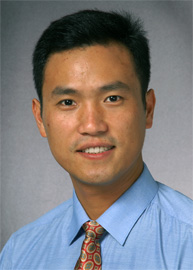 Dr Dayan Ban was one of the leading researchers who developed and prototyped the first wafer-fused infrared optical up-converter and the first pixelless infrared optical up-conversion imaging device. He also pioneered the research in scanning probe microscopy and invented scanning differential spreading resistance microscopy technique.
Dr Ban and his group are currently investigating how to improve the device efficiency of hybrid organic/inorganic devices, experimentally measure the active-region temperature of lasing terahertz quantum cascade lasers, directly observe thermal lasing quenching of terahertz quantum cascade lasers, and apply time-domain terahertz spectroscopy to study the device physics of terahertz quantum cascade lasers.
At the National Research Council's Institute for Materials Science, Dr Ban and his colleagues demonstrated terahertz (THz) quantum-well-cascade lasers with lasing wavelength at 104 micrometers (~2.9 THz in frequency) and experimentally studied the doping effect in THz quantum cascade lasers – pinpointing the balance between free carrier absorption loss and optical gain. Dr Ban was a visiting scientist at Nortel in 2001-2002, where he and his colleagues developed and applied novel scanning probe microscopy techniques. The nano-probing techniques were deployed to observe two-dimensional profiles of the electrical potential and conductivity within actively driven devices, with nanometer spatial resolution. 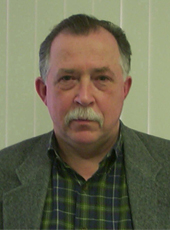 Vladimir P. Torchilin is a University Distinguished Professor and Director, Center for Pharmaceutical Biotechnology and Nanomedicine, Northeastern University, Boston. He has published more than 350 original papers, more than 150 reviews and book chapters, wrote and edited 10 books and holds more than 40 patents. He is Editor-in-Chief of Current Drug Discovery Technologies and of Drug Delivery and on the Editorial Boards of many journals including Journal of Controlled Release (Review Editor). Professor Torchilin got the 1982 Lenin Prize in Science (the highest award in the former USSR). He is a Member of European Academy of Sciences and Fellow of AIMBE, AAPS and CRS, and received the 2005 Research Achievements in Pharmaceutics and Drug Delivery Award from the AAPS, 2007 Research Achievements Award from the Pharmaceutical Sciences World Congress, 2009 International Journal of Nanomedicine Distinguished Scientist Award, 2010 Controlled Release Society Founders Award, 2012 Alec Bangham Life Time Achievements Award, and 2012 Journal of Drug Targeting Life Time Achievements Award. In 2005 he was a President of the CRS. In 2011, Times Higher Education ranked him number 2 among top world scientists in pharmacology for 2001-2010. 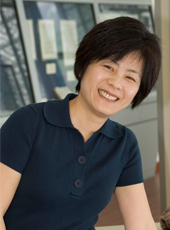 Dr. Yu Qi is currently a project leader in Consumables Development and Manufacturing Group (CD&MG) at Xerox Corporation, responsible for new materials development for fuser and related applications. Prior to CD&MG, Dr. Qi had worked at Xerox Research Centre of Canada (XRCC) since November 1996 after received her Ph.D. in Organic Polymer Chemistry from Carleton University. At XRCC, Dr. Qi worked on the design and development of novel materials for security ink, photoreceptor, organic semiconductor, and fuser applications. Dr. Qi's contribution leads to several Xerox products. Dr. Qi owns a total of 75 issued US patents up to date related to materials innovation for applications including photoreceptor, fuser and Printed Electronic materials. She also has 12 articles published in refereed journals.